Since the ’90s Sharam Jey has produced over 100 releases on labels like Toolroom, 8Bit and Suara, not to mention helming his own imprints King Kong and Bunny Tiger. Meanwhile, Vanilla Ace has made appearances on Spinnin’ Deep, Simma Black and Night Bass. The pair first collaborated with each other on Sharam Jey’s Bunny Tiger in 2013 and have worked with each other numerous times since.
A meaty kick and rolling snares meet an infectious vocal line in ‘My Thang’ as a sultry low-end rumbles onwards. ‘The Boom Bap’ then presents a fine display of percussive hits and heady breaks, moody bassline, chopped up vocal samples and sinister effects. 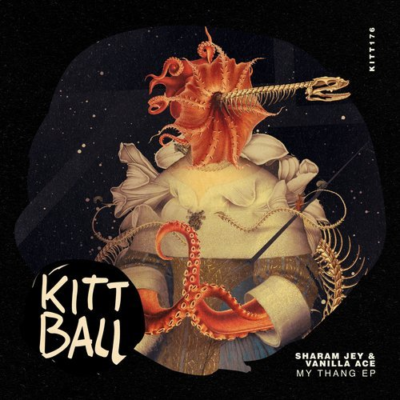